Prices are shown including Finnish taxes 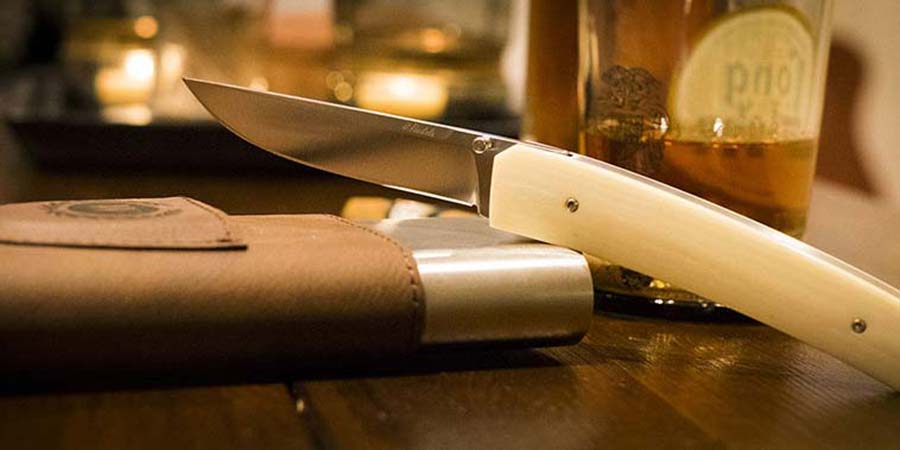 The Piili 85 is the outcome of our collaboration with internationally awarded Finnish knife maker Jukka Hankala. His original Piili won the best folding knife category at Helsinki knife show in 2015. Since then, we have collaborated with Hankala, and made a factory version of his designer knife. Over the years, the factory Piili has seen many updates and improvements. However the design has always followed Hankalas award winning lines. To look at this knife at a glance does not do it justice. Small discreet details and angles compose a subtle whole, which flows with the well-known understated Finnish design. One detail among many, is the long curved frame which shows just enough of the blade to accent the ground down areas which bears the makers marks. These grinds also make the blade slightly rhombic, an ode to the traditional Finnish Tommi puukko blade. The same thought continues with the high scandi grind and a small secondary bevel, which are very traditional elements in Finnish knives. While many details in this knife fall into designer elements, the super-steel Elmax blade is a testament that this knife is not a toy, nor a showcase item. This knife grows on everyone. At a glance, it is as simple as any knife, but on closer inspection every part, every angle play a role in the complete context. In this modern, minimalistic design where the details will appear first after a closer look, Hankala brings the Finnish knife design to a new level. A true Gentleman´s folding knife.

We have released our new webshop February 26, 2020

We have released our new webshop February 26, 2020